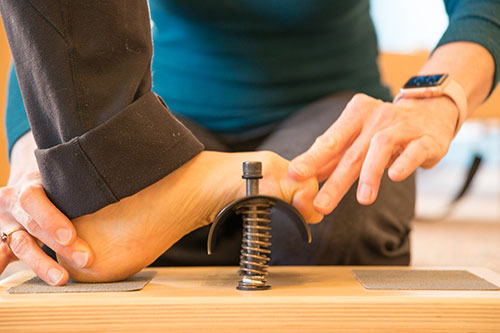 As a field, Somatics defines an approach to movement that emphasizes a first person, subjective experience of the body. Somatic practices engage a felt sense of their body, known as the body schema or soma. While any movement technique can engage a Somatic approach, certain techniques such as Body-Mind Centering, Feldenkrais or Ideokinesis are cited as Somatic practices. Such techniques present simple and/or open-ended movement explorations alongside established anatomical and physiological concepts in order to integrate first-person and third-person perspectives. In other words, Somatic practices teach one how to investigate their own body, to engage in self-study. Because bodies are constantly changing, there is no singular ideal form of movement. Instead of learning how to be right or wrong in a body, one learns how to be curious.

Somatic practice feels unique compared to traditional exercise, and its effects are unique as well. One might finish a session with feelings similar to having had a massage - relaxed, centered and aware. Somatic techniques often have a visualization component, and encourage students to be aware of breath and energy in their bodies. Because an individual’s soma is personal, study of the soma creates an embodied movement identity, affecting emotional health and mental focus. The intention is embodiment, changing one’s ability to make choices, to feel grounded and to move from a healthier and more authentically present state. 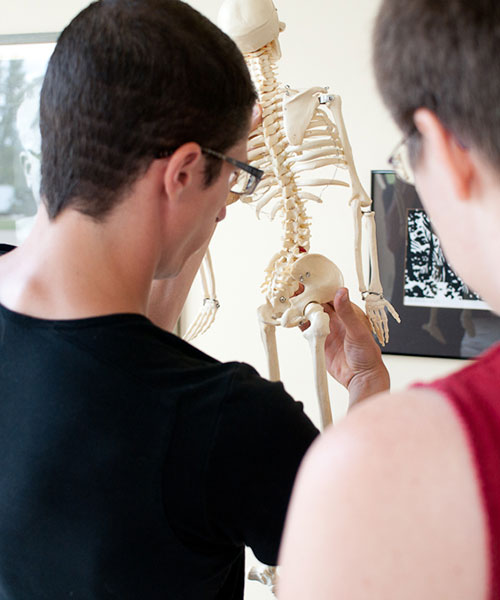 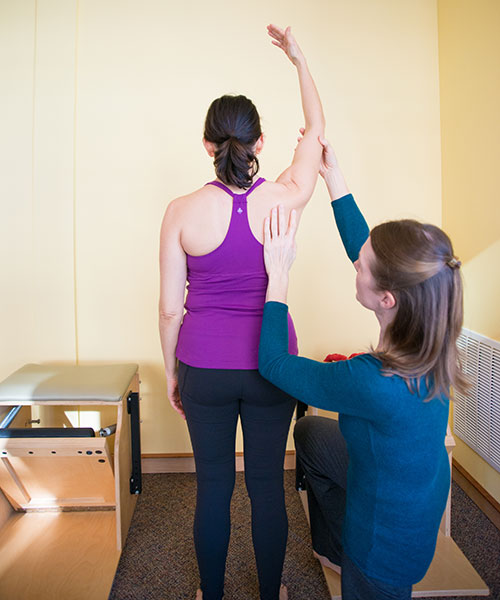 In 2001, I began studying and practicing Ideokinesis, which influenced all my other teaching immensely. Irene Dowd’s Taking Root to Fly is a book I return to often. I’ve studied the Franklin Method with Eric Franklin in workshops and on my own using his many books as a guide. To a lesser extent, teachers such as John Rolland and Andre Bernard have impacted my teaching as well.

In graduate school, I was fortunate to study Alexander technique with Luc Vanier. The Alexander approach felt natural to me as a practicing meditator, as Alexander principles such as inhibition, direction and end-gaining overlap with meditative concepts. And uniquely, Alexander is one of the only techniques that specifically studies the head and how it leads the body through space, and how the rest of the body responds to head, neck and back patterns.

I was introduced to Feldenkrais as an undergraduate dance student at TCU and excitedly read his Awareness Through Movement from cover to cover. However, it wasn’t until a few years ago when I began formally teaching a Somatic theory class at the University of Wisconsin, that I picked up these ideas again. I’m especially interested in his frame of nervous system retraining through high repetitions of gentle, highly repetitious movements. 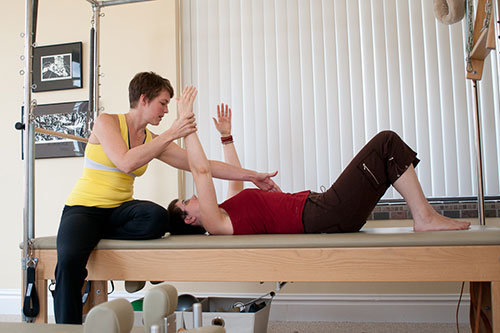 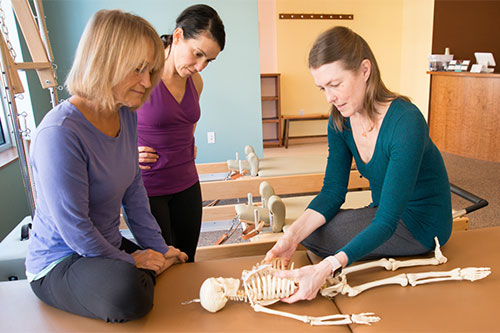 I began studying and formally practicing meditation 20 years ago. For the past ten years, I’ve studied with Tsoknyi Rinpoche and to a lesser extent, his brother, Mingyur Rinpoche. Tsoknyi Rinpoche’s emphasis on embodiment and emotion is particularly meaningful for me. Additionally, I am heavily influenced by the late Trungpa Rinpoche through his writings. I find Trungpa Rinpoche’s many teachings on art and meditation insightful as an artist and a meditator.

At a personal level, I’ve never been able to fully separate my physical experiences in a body with spiritual practice. My deep understanding of dance seemed to co-emerge with meditation. Motion is wildly compelling, but it was when I found the still point within motion that I landed as an artist. My personal meditation process heavily influences how I teach and practice Pilates. Awareness is always available - moving or still - thus, the body is a way in to understanding more than just our physicality.